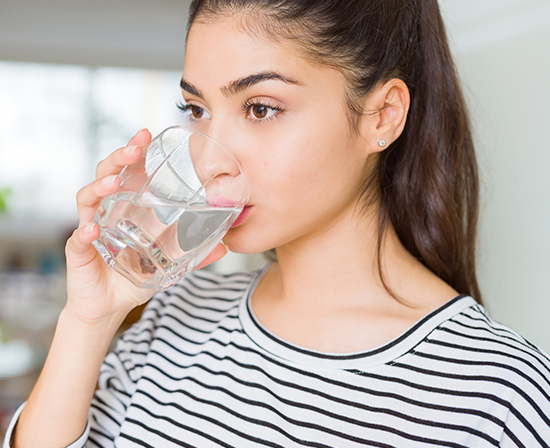 The Burbank-Los Angeles Potable Water Project is a water supply pipeline project that will connect the City of Burbank and Los Angeles Department of Water and Power's (LADWP) existing water supply systems, contributing to safe and sustained water supply for the residents of both cities.

Construction will start in October 2022, and will be completed in block-by-block segments over the course of four months to minimize impacts to the community.

The project location is detailed in the map image below. Construction will begin at Burbank Blvd. and Hollywood Way in Burbank, and progress west to Clybourn Ave (orange). The project’s second phase will be completed in 2024 and includes Clybourn Ave. to Biloxi Ave. in Los Angeles (purple).

The project will be owned, operated, and maintained by the City of Burbank and will utilize local groundwater as a sustainable drinking water source to reduce dependency on imported water. Groundwater will come from wells in North Hollywood and it will be conveyed to Burbank via separate pipeline where it will be treated at Burbank Operable Unit and the treated water mixed with MWD water will be conveyed back to Los Angeles via this intertie pipeline.
2. Will the project affect my water rates?
No. This project is funded by Lockheed Martin Corporation as part of its ongoing efforts to remove contamination associated with its historical Burbank aircraft manufacturing operations.
3. What does this project include?
Installed pipelines will convey the extracted groundwater from the Burbank Treatment Plant to the Burbank Water and Power (BWP) potable distribution system and LADWP River Supply Conduit (RSC).
4. Where is this project located?
Construction will begin at Burbank Boulevard and Hollywood Way in Burbank, and progress west to Clybourn Avenue. The project’s second phase includes Clybourn Avenue to Biloxi Avenue in Los Angeles.
5. What is the construction period start and end date?
Construction for Phase 1 is scheduled to begin in October 2022 and be completed in February 2023. The second phase of the project will begin in 2024.
6. How will the construction pipeline project be installed?
Approximately 0.6 miles of 18-inch ductile iron pipe will be installed about 25 feet below street level, using a specialized open-cut construction method for effective completion and reduced traffic impacts. The pipeline will be constructed through both commercial and residential streets, connecting the City of Burbank pipeline to the LADWP River Supply Conduit (RSC) in Los Angeles.
7. How will the construction impact traffic?
Traffic control measures will be implemented to ensure the continual safety of drivers, bicyclists, pedestrians, and construction workers. Construction activity will be limited to daytime hours and weekdays only.
8. What are the project benefits?
Benefits of the project include:
… and protection of our local water supply for generations to come!
9. How is this project being regulated?
The project is overseen and regulated by the US Environmental Protection Agency and Division of Drinking Water. Lockheed Martin is responsible for capital and operational costs.
10. Will I be able to access my property/business on Burbank Boulevard during pipeline construction?
Sequenced closure of the eastbound lanes, or the southern half of Burbank Boulevard lanes, will occur only along the length of the pipeline route where active construction is taking place. When necessary, eastbound traffic will be redirected to the north. During active construction, we will notify the community in advance of any street parking closures. Water service is not expected to be impacted.
11. Will there be any utility interruptions during construction?
Construction crews will ensure that the proposed pipeline alignment provides enough separation from existing utilities to allow the pipeline to be readily constructed without additional utility relocations or interruptions. This also will apply also to overhead utilities, especially the high-voltage powerlines to the east of Clybourn Avenue.
12. Who can I contact about the project?
If you would like more information about the Burbank-Los Angeles Potable Water Project, please call (818) 824-4500.